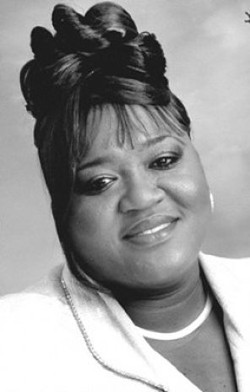 "Mary has truly developed into a public educator, studying North Carolina history and culture through the lens of black gospel.”

Mary Williams, vocalist and educator has traveled to more than 40 colleges and universities, more than 40 public schools, hundreds of churches, libraries, and several civic education consortium trainings, performing song and narrative of the Black South. Mary has performed and provided her voice to the soundtrack of Blood Done Sign My Name (February 2010), which was directed by North Carolina’s own Jeb Stuart. Mary has also performed at the North Carolina State Capitol and has been featured on Dick Gordon’s show, “The Story,” as well as on National Public Radio. Her power as a singer and educator comes from the heart and her scholarship, from her commitment to humanity and her belief in the God who drowned Pharaoh’s army and still seeks to let His people go, and from her faith in the blood that has signed all our names.”

Dr. Timothy B. Tyson, author, senior research Scholar, Center for Documentary Studies at Duke University, Adjunct Professor of American Studies at the University of North Carolina at Chapel Hill, stated, “Though her voice is uniquely her own, her music and her message emerge from a chorus, born in the bondage of slavery, that still speaks to our struggles against what Dr. Martin Luther King, Jr., called the “thingification” of human beings. 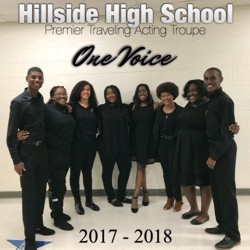 One Voice is Hillside High School Drama Department’s premiere ACTING TROUPE. One Voice is a voice for youth empowerment. The group consists of 8 – 12 students who are serious about Theatre and the Arts. The students are chosen amongst a group of nearly 100 active members in Theatre. They are responsible for representing the Theatre program at its highest standards. The Acting Troupe performances are thought provoking and entertaining. ONE VOICE is dedicated to the creation of new works and performing about issues in today’s society. They perform several theatrical pieces called “See Me”, “Wake Up” and “We Mater”. The pieces navigate in a circular manner from the present to the past and encompass the trials and tribulations of the African American culture today. The words, songs, and movements embody the essence of the culture that is deeply rooted within American history. ONE VOICE has performed in Beijing, China; Sydney, Australia; East and West Africa; London, England; Osaka, Japan; Lima, Peru; Santa Cruz, California; as well as many other states, churches, colleges and universities, including Duke University and The University of North Carolina at Pembroke. The group recently returned from performing in Cuba. Please contact the Director of Theatre (Mr. Wendell Tabb) for more information and booking. (919) 560-3925 x 25240

The Baron Tymas Trio, which features NCCU faculty members Damon Brown and Thomas Taylor, plays often throughout the Carolinas. A native of the Washington, D.C. area, guitarist and composer Baron Tymas came to North Carolina Central University in 2001. He teaches guitar, Jazz Theory, Ear Training/Sight Singing, Jazz Combo and Commercial Music. Tymas is also Assistant Director of Jazz Studies. During his career as a musician and educator, Tymas has been privileged to perform with many notable recording artists such as Dr. Lonnie Smith, Kenny Werner, Teri Lyne Carrington, Antonio Hart, Ingrid Jensen, Jim Snidero, Rene Marie, Freddie Cole, Grady Tate and many others. Tymas is a recipient of the 2007-2008 North Carolina Arts Council Music Fellowship Award. He has produced two CDs as a leader: Blues for the Tribe (2006) and Insight at Midnight (2009). He has composed music for the Emmy-winning PBS television show Bill Moyers’ Journal, as well as for independently produced film and television projects. See more at www.tymasmusic.com.